Does it matter if woman or men drive better? 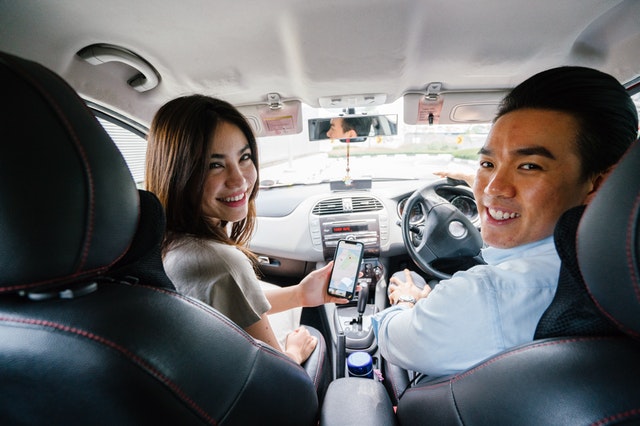 Does it matter if women or men drive better?

The light is peeking over the horizon, and slowly we’re wrapping up that conversation about the traditional battle of the sexes which has dominated how life is lived by thousands of different people. No matter who they are, what language they speak, their culture, their race, their age… The arguments and comparisons have been there. Of course, the differences between men and women can still be laughed at, even if a lot of those differences aren’t true and they’re really just something reliable to fall back on and giggle over.

We can be chill about it while we let it go, even though it’s super refreshing to think that we can start to move past this chatter and just celebrate who we are as human beings. There’s 1 area of life where this conversation is still going on though, and that’s in the driving seat. We’re still a little preoccupied with which sex is the better driver.

Men and women argue about this a loooot.

So, which sex is better at driving?

According to a study featured on Harper’s Bazaar, a new study reveals that women are better drivers than men. This study analysed stats on insurance, crime rates, and driving test results in the U.K. Now, obviously this study applies to the Brits… So here’s some info from the 2017 Road Traffic Management Corporation’s Road Fatality report, which showed that the highest number of driver fatalities recorded from the age group of 25 – 44 were men. There are other studies, which you can find with a quick little Google search, but let’s get back to the point.

Women are apparently less likely to be involved in a car accident than men.

Why does this matter?

Well, it matters in terms of insurance for sure because as a result of these stats, women cost less to insure. This means that they generally pay less for car insurance.

But what does this actually mean?

If you say (out loud, not just in your head) that women are the superior sex on the road, you can practically see the hairs on the back of the surrounding men’s necks rise. Next will come a volley of retorts about how this just can’t be the case. A lot of men get super touchy about this.

But here’s the thing. Everyone gets twitchy if it sounds like you’re about to criticise how they make a right turn or how often they ride the clutch. Most of us don’t like to be told that we’re flawed. Sure, according to some studies, women are generally better drivers. But an individual woman might still be a seriously bad driver when compared to her brother.

Should we take these studies seriously?

This info isn’t about getting 1 up on another fellow human being. Yes, women have come out on top in this case… But if you look closer at the details of these studies you’ll pick something up. Something super important… And that is that both sexes make mistakes, ignore the rules of the road, drive aggressively, tailgate, and all that kind of bad stuff. We allllll are capable of driving badly.

In South Africa, we have a relatively poor road safety record overall which means that both men and women alike need to seriously start focusing on driving safety. So, let’s leave the battle of the sexes off the roads and put that argument to rest. It feeds no 1 and as a nation, we’ve got more important things to focus on. Like, the road, especially as December approaches. This month is historically quite dangerous for road users, so we urge you all to think about your driving habits and make safer decisions as you hit the tar to get to your holiday fun.

Oh, and if you want car insurance that offers premiums that decrease every single month (no jokes, your premium will go down every single month) regardless of whether you’re a mister or a sister, then get a quick quote here.